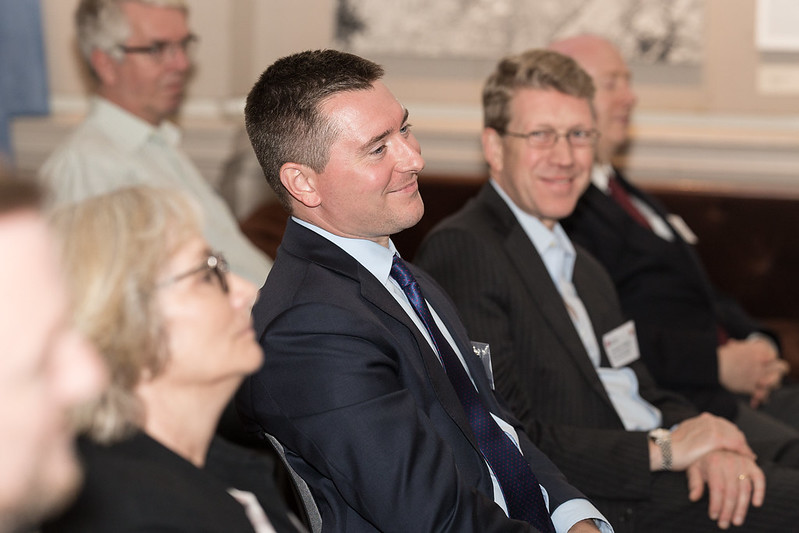 A University delegation, led by Vice-Chancellor Hugh Brady, traveled across the United States in September, visiting enthusiastic alumni gatherings in both San Francisco and New York City. The meetings included discussions with the Board of Directors of Bristol’s US-based American Foundation in California, and presentations in both cities by University students studying in the States on semester abroad programs. Both were highlighted by the Vice-Chancellor Brady’s reflections on the progress towards achieving the vision laid out in the University’s current strategic plan for greater internationalism, increased emphasis on attracting and retaining the best and brightest researchers, and campus redevelopment.

Dozens of Bristol graduates and their partners attended the two alumni meetings. The Vice-Chancellor was accompanied on the trip by Pro Vice-Chancellor Erik Lithander, who heads the University’s International Office, and by Stephen O’Connor, the University’s Dirrector of Development and Alumni Relations. He emphasized that a primary goal for his team is “to get a student body that replicates the world we live in.” Internationalization, he explained, meant that Bristol had to “move beyond A-levels”, and find additional avenues of access for worthy candidates, including those from the United States. “There’s never been more change in education,” the Vice-Chancellor added. 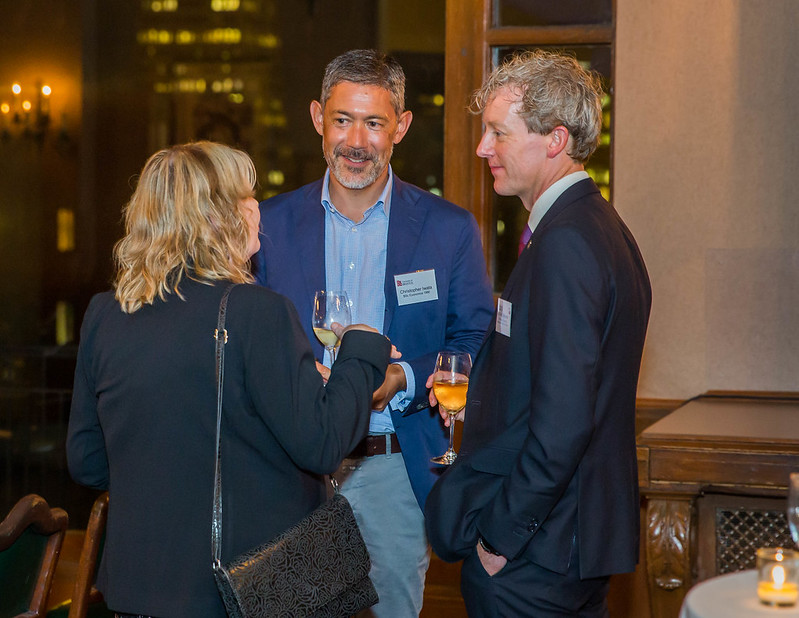 In San Francisco, at a US Foundation Board meeting led by Chair Lesley Silvester, the Vice-Chancellor said that one of the issues that had been “keeping me awake at night” over the past year was the mental health of university students. The Foundation Board agreed that it should be a priority, and approved a grant that will support a new Vice-Chancellor Fellowship in Mental Health and Well-Being in UK Universities, as well as funding for Widening Participation scholarships and a scholarship programme associated with the British Heart Foundation.

In New York, Vice-Chancellor Professor Hugh Brady expanded upon the issues that keep him awake, adding the uncertainty around the Brexit negotiations, and whether it will result in obstacles to the University’s ongoing efforts to attract the best European candidates, as well as the government’s review of higher education funding, and its potential impact on the Bristol budget.

We need your support, and your engagement,’ said Professor Hugh Brady.

Foundation Chair Lesley Silvester reiterated the need. “In San Francisco,” she said, “we saw the richness of the alumni network. Its benefits are powerful, the result of the community we’re trying to strengthen through the Foundation. It’s growing, but we want more — more Directors, more volunteers. Please join us.”