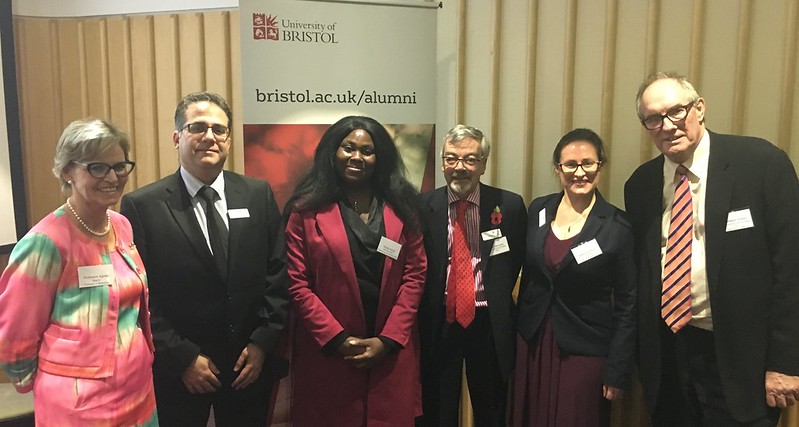 On 31 October some 60 members of the London Branch of the University of Bristol Alumni met for their Annual General Meeting and Annual Lecture in the Chaucer Room within the Knowledge Centre at the new, modern, headquarters of the British Library.

Our Lecturer this year was Will Hutton (BSc Economics and Sociology 1972, Honorary LLD 2003), former broadcaster and Editor in Chief at ’The Observer’, and currently Principal, Hertford College, Oxford.  He spoke to the themes set out in his recently published book “Saving Britain:  How We Must Change to Prosper in Britain” (jointly authored with Lord Adonis).

Will set out the stark, bleak, dangers inherent in Britain’s exit from the EU.  He blamed the referendum result on the fact that millions of ordinary people felt marginalised by the lack of opportunities in education, employment, and welfare.  Will said we had to create a much more inclusive and caring society if the country’s prospects were to thrive.

This well received Lecture was, as always, followed by an opportunity to socialise over food and wine, and appears to have been much enjoyed by all.

We were also pleased to be joined by Professor Agnes Nairn, Professor of Marketing, School of Economics, Finance & Management, at the University. She kindly delivered the Vote of Thanks to Will, and outlined some of the exciting new developments in the University curriculum designed to ensure that students are better equipped to compete in an increasingly competitive job market.

Those attending the AGM thanked our outgoing Treasurer, Julia Wathen (BSc 1972), for her many years of service.  Dr Martin Lunnon (BSc 1973, PhD 1976) was elected incoming Treasurer.