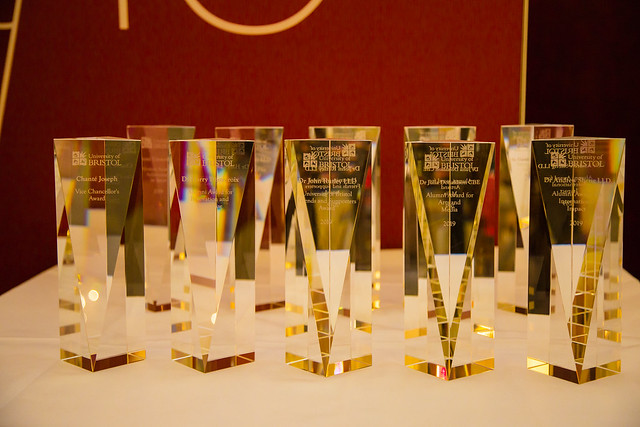 For the past several years, the University of Bristol has placed increased emphasis on its alumni communities outside the United Kingdom. The United States, where the University’s American Foundation holds sway, has received — along with the alumni communities in China, Hong Kong, Malaysia and Singapore — increased attention over recent years. This mirrors a heightened overarching recognition by the University on the importance of alumni and their support, both financial and, if you will, emotional.

It was the latter that was most striking this Spring, when Bristolions young and old gathered on March 12 at City of London Lord Mayor Peter Estlin’s (a 1982 graduate who studied economics and accounting at the University) magnificent Mansion House for a first-ever Alumni Awards Night, honoring 10 eminent alumni from finance, sport, science, politics, literature and a variety of other fields, including naturalist/author/broadcaster Sir David Attenborough. Sir David, recipient of a lifetime achievement award, credited the University for being both a fount of zoological expertise and a talent pipeline for the BBC’s Natural History Unit, where his authoritative documentaries are produced.
“Young people are much more aware of how important the natural world is than they were 60 years ago when I began my career,” Sir David told the sold-out gathering, which included a table hosted by American Foundation Chair Lesley Silvester. “The natural world is under greater pressure than it has ever been, not just in my lifetime but since humans existed…The history of humanity is a disaster – of arguing, of quarrelling, of wars. That’s got to come to an end. My message to young people is ‘get engaged, come together and do something about it’.”

The inaugural Alumni Awards Night, reported the University’s website, led Vice-Chancellor Hugh Brady to say, “All the pioneers, innovators and leaders we’ve celebrated through these awards are inspiring role models for our students and we’re thrilled to honour them.”

The heightened outreach effort was mirrored by activities on both coasts of the US, with visits to San Francisco, New York and Boston by Vice Chancellor Hugh Brady and Pro-Vice Chancellor Global Engagement Dr. Erik Lithander. Equally significant was the University’s participation in a joint delegation led by the Mayor of Bristol Marvin Rees and the Mayor of the West of England Tim Bowles, as well as delegates from the wider City Council, Department of International Trade, Business West, and local leading companies. The delegation held meetings in both Boston and Chicago, with alumni joining receptions at the Consulate Generals’ residences in historic Beacon Hill and in a high-rise above Lake Michigan.

“Across all the delegations at events and in person we’ve met with over 100 Bristol alumni in the USA,” reflected Andrew Monk, the University’s Deputy Director of Development and Alumni Relations, looking back at the year. “We’ve made some incredibly exciting and strong connections to further Bristol’s collaborations across strategic partners.”

Setting the stage, at the same time, for future success, recognition…even awards.